In Production
Puu Baaka, the coming out of mourning 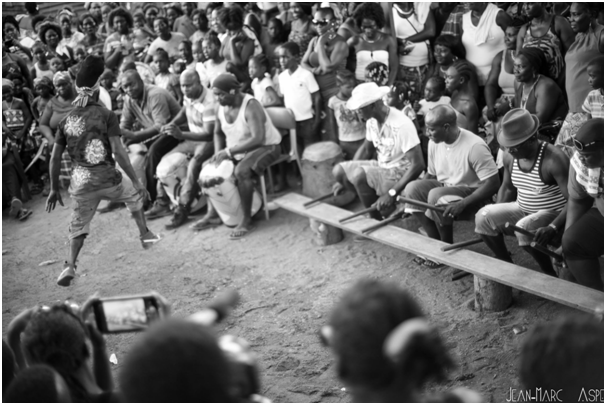 In Papaïchton, a village in French Guiana, children circle Wani Doudou. He is telling them about the Puu Baaka, a ceremony that took place a few days ago.

The Puu Baaka, coming out of morning in Aluku language, has recently been performed for his father Paul Doudou, the late traditional chief of the Aluku tribe, which along with other Bushinenge tribes, has fled the Surinamese plantations where they were kept as slaves in the 18th century.

These recollections reveal and explore a powerful culture which must resist the pressure of modernity.

Today, through the thoughts, myths and personal stories of four young authors / directors, inhabitants of the river, the wealth of Puu Baaka is revealed. The death of Gaan Man, chief of the Aluku, makes them aware of the need and the difficulties of reclaiming the knowledge of the elders in order to honor those who disappear.